The young woman who would become Maria on Sesame Street

Children hold fast to their favorite books, a love that often lasts a lifetime. But they also hold on to other figures in their world who come to represent what they recall of growing up. Such is the case with the lovely Sonia Manzano, who is most widely known as Maria from the iconic PBS series, Sesame Street. (Here for photos.) Her addition to the cast in the 1970s provided generations of children with a positive and realistic example of Latino families in the US.

Sonia’s second act, so to speak, is writing for children. Her first novel, The Revolution of Evelyn Serrano, won the Pura Belpré Honor and her memoir, Becoming Maria: Love and Chaos in the South Bronx, released last year, was named a New York Times Notable Children’s Book. We have included both of her wonderful books on our Girls of Summer 2016 list. Whether in a fictionalized account of the rise of activism among Puerto Rican immigrants of the 1970s or in her poignant and honest recollections of her childhood, Sonia provides girls a space to consider their own power in the face of adversity.
This week Sonia writes to our readers about her favorite books as a girl, and how being a reader led her to creating her own works. MM

Be Grabbed By Books: A Girls of Summer essay by Sonia Manzano

TV writing grabbed me when, as an actor on Sesame Street, I questioned the Hispanic content in our scripts. The producer suggested I try writing scripts myself. I held back for a moment, as I had never done anything like that before – then I let myself be grabbed by the idea.
I got into writing books when I read Frank McCourt’s Angela’s Ashes. His beautiful immigrant story inspired me to write mini-picture book memoirs, No Dogs Allowed, A Box Full of Kittens and Miracle on 133rd Street, all based on sad but funny incidences in my life. 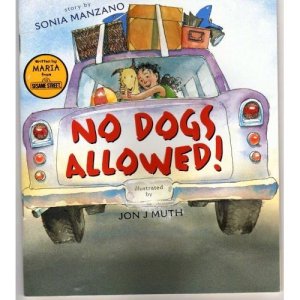 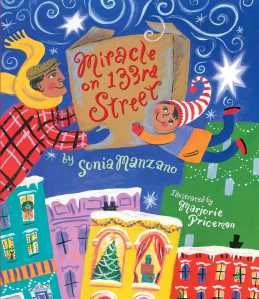 I finally graduated to writing a full memoir Becoming Maria: Love and Chaos in the South Bronx. And before that I wrote The Revolution of Evelyn Serrano when the idea about a girl being uncomfortable with her ethnicity during 1960’s political upheaval, grabbed me. 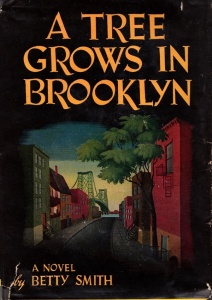 Here are two books that grabbed me in ways that I don’t think the authors intended. A Tree Grows In Brooklyn because that protagonist’s father gives a false address to school authorities so his daughter could attend a better school, in a better school district. I knew families who did that in the South Bronx.

And here is an example of a book that held me for thirty years. In junior high school we weren’t allowed to take books out of the school library, and we were only able to visit once a week. Somehow, I got my hands on a book entitled Fifteen. 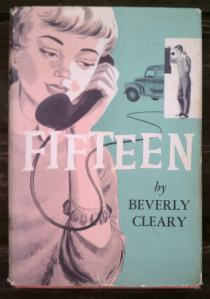 I would read as much as I could, remember the page where I had left off, put it back and pick it up the next week. Unfortunately, the term was over before I finished it.

Thirty years later – I found it in a library in rural Pennsylvania! I was thrilled to finally read how it ended.

So my dear girls let a book grab you this summer. If you are lucky, it will never let you go!

1. Why do you think the main characters in your books, Becoming Maria and The Revolution of Evelyn Serrano, represent strong girls?

Evelyn figures out she doesn’t have to choose between her mother and grandmother to love them both. In my memoir, Becoming Maria: Love and Chaos in the South Bronx, I certainly had to be strong to overcome certain obstacles. 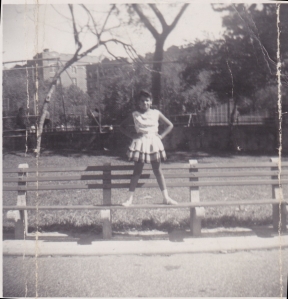 2. How did you first becoming interested in writing about the topic/character in your book?
I remember when I first became proud of my Puerto Rican culture. I wanted to write about that in The Revolution of Evelyn Serrano. In my memoir, I wanted to chart my own journey from a difficult childhood to Sesame Street.

3. What is the best advice you ever received about writing?

Stop thinking about it and do it! Don’t be afraid to rewrite! 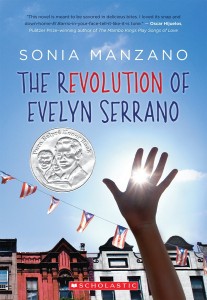 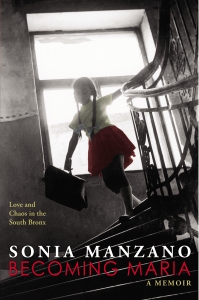