Becoming Maria: Love and Chaos in the South Bronx

This is a compelling memoir about one of our cultural icons, Sonia Manzano, known to many as Maria on Sesame Street. For an entire generation of children, she was the face of their own family, foods, and language. But sometimes a girl’s rise to success is much harder than it appears.

Sonia Manzano grew up in the Bronx to parents who were Puerto Rican immigrants struggling economically and socially in New York. Themes of domestic abuse, sexism, and alcoholism run throughout, but above all, this is a story of a girl, blessed with her own gifts and imagination, who carves out a place for her dreams. 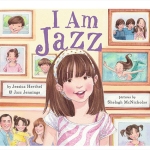 This is the story of Jazz Jennings, a girl who loves pink and silver and green. A girl who likes to dance and sing and do back flips. A girl who likes to pretend she’s a pop star or a mermaid. A strong girl who was born with the body of a boy. I Am Jazz recounts the early childhood experience of Jazz Jennings, a teen advocate and co-founder of the Transkids Purple Rainbow Foundation, who felt like a girl born into a boy’s body from the time she was two-years-old.

“Pretending I was a boy felt like a lie,” Jazz writes. At first, her parents are confused when Jazz tells them of her feelings. But when the family meets a doctor who teaches them the word “transgender,” everything starts to change.

“Be who you are. We love you no matter what,” are words every child deserves to hear. I Am Jazz is a perfect title to discuss concepts such as acceptance and belonging and will make an important addition to the family or school library. – Gigi 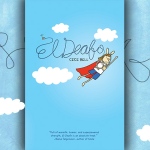 It’s a documented fact that you need a special power to be a superhero. It has to be something no one else can do. Something so impressive that it earns us instant respect.

How about being able to hear your teachers while they gossip in the lounge or if they pass gas in the restroom?

This year’s Newbery Honor-winning book, El Deafo by Cece Bell, is a hilarious graphic novel about a young girl (well, sort of a rabbit) coming to terms with being deaf in a hearing world.

The list of inconveniences is long for a kid who has to wear a cumbersome device called the “Phonic Ear.” And it’s almost impossible to make everyone understand why turning up the TV louder will not help or why whispering in the dark at a sleep over is maddening.

But there is always a silver lining if you have a hero’s heart. In this case, the silver lining is an ability to use your “Phonic Ear” to hear your teacher’s every movement—including those inside a bathroom stall.

There is so much to love here: the funny illustrations, the wacky characters, the wise look inside the dynamics of friendship. But what I admire most are the many moments in the pages when Bell helps us reflect on how we all make room for each other in this world. ~MM 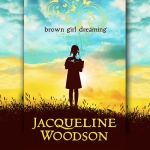 Jacqueline Woodson recalls a childhood spanning Ohio, South Carolina, and New York toward the end of the Jim Crow era and the rise of the Civil Rights movement.

Through a child’s eyes, the story revisits a grandmother’s tired feet and strong faith, downtown sit-ins, and lingering WHITES ONLY signs. This memoir-in-verse summons the reliable tonality of her maternal grandfather’s daily return from work and his grandchildren’s wild, loving sprint to greet him. The pages reminisce over a familial landscape where the Greenville air speaks to a thoughtful child through the twinkle of lightning bugs, scents of pine, and wet grass and a never-ending serenade of crickets.

Brown Girl Dreaming illuminates how deeply childhood is shaped by history, family, faith, and place and how often children are called upon to build bridges between the past and the future, trials and triumphs. – Gigi

I Am Malala: The Girl Who Stood Up for Education and Was Shot By the Taliban

I Am Malala: The Girl Who Stood Up for Education and was Shot by the Taliban is a poignant, educational, and surprisingly humorous memoir by Malala Yousafzai, the young woman who, at only fifteen, became one of the most heralded women’s rights activists in the world, when she was shot by a member of the Taliban on her way home from school with her friends.

The book provides extensive political, religious, and environmental history of the world Malala grew up in: the Swat region of Pakistan, Islam, and a family who raised Malala as an outspoken, educated girl. Malala describes the rich and, at times, turbulent culture and politics of Pakistan. She also expresses her love and admiration for Pakistan’s first female Prime Minister, Benazir Bhutto, who was assassinated in 2007. The memoir also offers an in-depth examination of Islam and the myriad sects that are a part of the world’s second-largest religion. The time spent delving into these topics is critically important to understanding what happened to Malala and also serves as a reminder of how the deeply personal parts of our lives are quite often the most political.

Most remarkably, however, are the revelations about Malala’s own family, who strongly support education, especially the education of women. Malala tenderly writes of her father and mother who encouraged her to learn, think, and question in a world that suppresses and the minds and bodies of women and often violently so. Beautiful and articulate, I Am Malala tells the story of a family with unimaginably fierce courage and their fight for the education of women in the face of oppression. – Gigi

Raina Telgemeier’s Smile is a hilarious, triumphant orthodontic memoir of the author-illustrator’s middle school to high school years. Girls at that age often have a pretty specific idea of what “normal” means and an equally sure notion that whatever it is, they are decidedly not! Smile captures that universal state of being a totally awesome person yet feeling anything but.

This dental journey begins at the dawn of middle school. One evening coming home from Girl Scouts, Raina takes a hard tumble on the pavement and severely injures her two front teeth. Welcome to the world of headgear, braces, and false teeth. Add to this dental drama a major earthquake, confusion over who exactly is friend or foe, and failing to make the basketball team. Through it all, Raina discovers time and time again that one key to self-acceptance and connecting with others is hidden in that truism: smile and the world smiles back.

Smile was recommended to me last summer by a strong girl who couldn’t…wouldn’t put the book down. Since then, I’ve shared Smile with several girls, and it has quickly become a favorite. The story and the drawings are rich with details, humor, and emotion. The scenes in the dentist’s office actually turned me a little queasy. The full panel of a portion of the October San Francisco skyline, followed by a page of after-school homework being done with the TV on in the background, conveys an incredible sense of stillness and normalcy. There are many such pages –  every one of them a feast of words, colors, and images – that will welcome you and invite you to ponder the events and themes of your own life. GA